For the second in the Peter Pauper installment, I'm focusing on the Simple series. Each of these cookbooks, published between 1958 and 1972, features a different geographical cuisine. 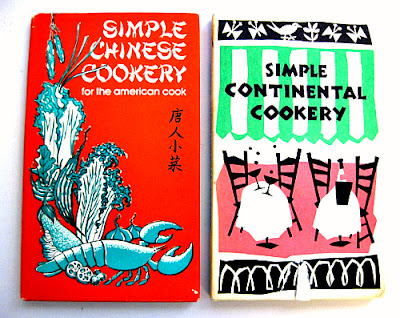 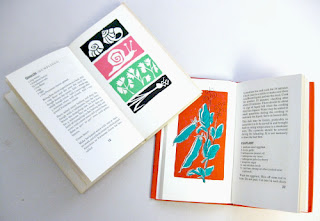 Continental cuisine, for those of you unfamiliar with this term, is a general term that refers to the Western European, non-indigenous style of cooking. French, German, Viennese, Italian, and Hungarian are presented here. 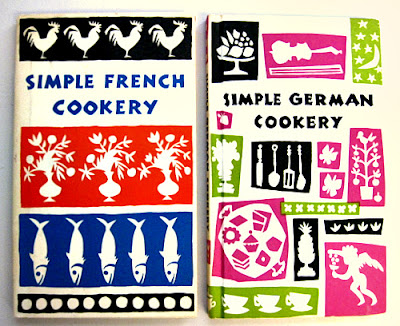 Both foreign and domestic (within the U.S.) are represented, though certainly not all inclusive, at least in my collection. I have never found a comprehensive listing of every cookbook published by Peter Pauper Press, so I don't really know what I'm missing until I come across it for sale somewhere. 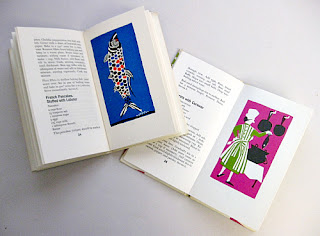 All but one of these books were "decorated" by Ruth McCrea. Note that the term illustrator or designer is not used. Can you tell which book was decorated by someone else? (Maggie Jarvis, to give her credit). 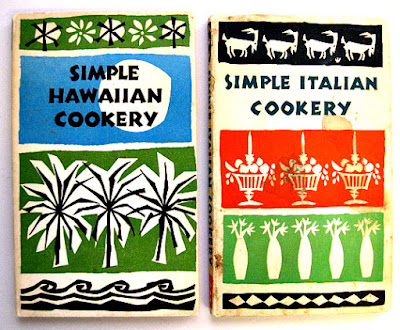 Hawaii became a state in 1959. This was printed in 1964. Who knows how authentic the recipes really are, but there are lovely pictures of fish and palm trees throughout. 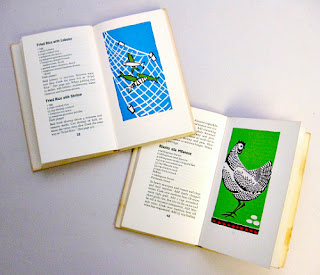 Many of the regions of Italy are included here, which is fun because they are quite distinctive. 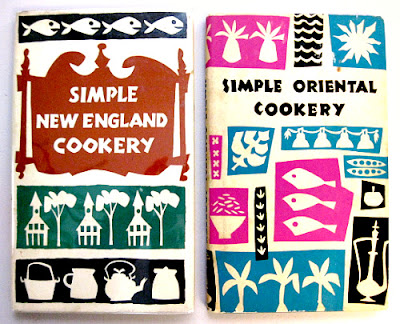 Each of these little treasures has a delightful poem in the beginning, relevant to the theme of that particular edition. Simple and cheerful, they give a preview of what is inside. 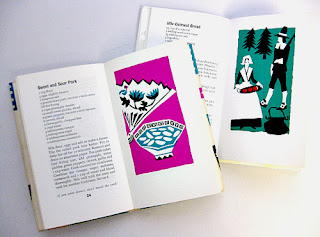 In case you are wondering, the Oriental cookery includes China, Hawaii, India, Indonesia or Java, Japan, and, of all things, middle Eastern dishes.
Love those Pilgrims! 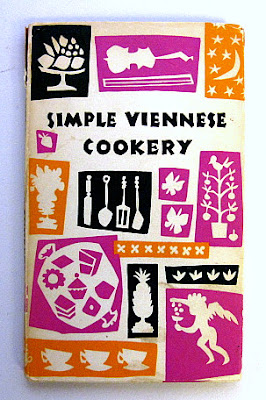 Viennese cuisine is like comfort food, with lots of potatoes, meat, sour cream, and fabulous desserts. 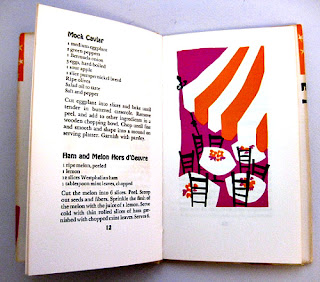 So that is the Simple Series, though I have to say that wording is a bit of a misnomer, especially in the French edition. Many of the recipes throughout the books are not really very simple, but that's okay. if they are delicious, that's what really counts, don't you think?
(Oh yes, the Chinese Cookery book has a different designer.)
Posted by autena at 4:27 PM

Wow, I think they are fabulous! If I owned a restaurant I would frame them or some of their pictures and have them up on the walls for people to admire and start conversations about, way cool.

Along the Ohio River, United States 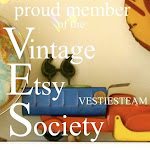